Introducing Graphistry for Individuals and Startups!

Posted by Graphistry Staff on December 1, 2019 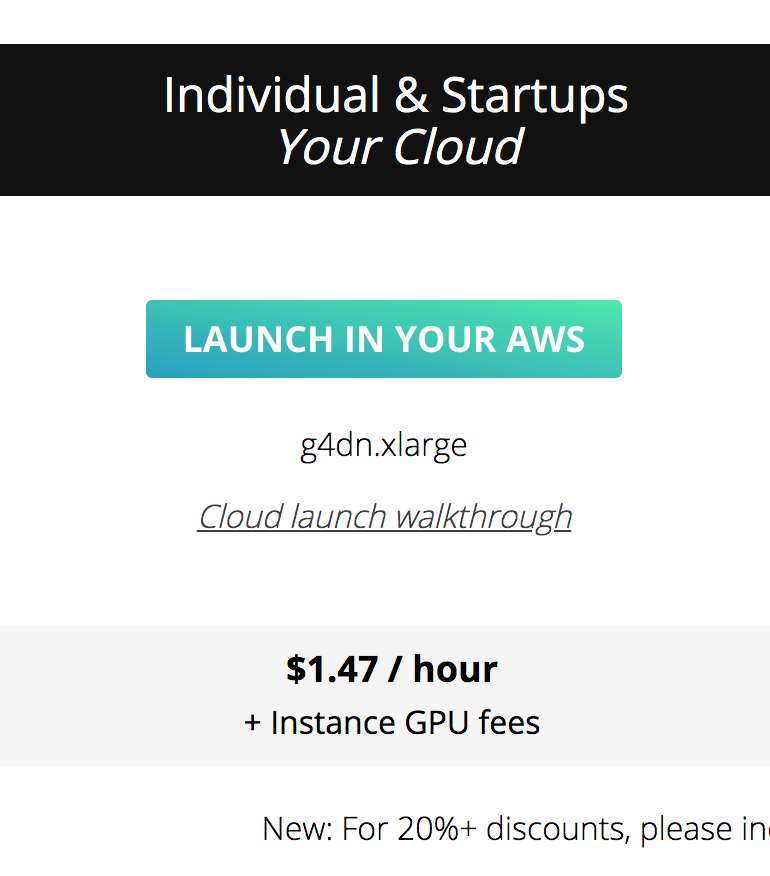 I’m excited to share the first announcement on Graphistry for individuals and startups: Same great Graphistry software, and now 8X cheaper! Leveraging Graphistry for your data is now cheaper than keeping caffeinated.  This has been a long time coming.

We’ve worked towards universal 100X GPU speedups for your day-to-day data experience since day one.

We had publicly bet on giving ecosystem-level open-source lifts, and worked behind the scenes even longer. So while our non-existent marketing budget means you may have never heard of Graphistry, we’ve been pushing hard throughout the community, and you may have already benefitted from some of the results:

And despite our dedication, many individuals and startups could not afford Graphistry itself.

I’m excited to announce that leveraging Graphistry for your data is now cheaper than keeping caffeinated.

Amazon’s recent g4dn.xlarge instances provide Nvidia’s new and quite fast T4 GPUs. The key detail is that AWS finally reduced prices  ~85% on these relative to their other modern GPUs, and so did we. (Thank you to the RAPIDS and BlazingSQL teams in working to support these GPUs as well!) The Marketplace form of Graphistry means that AWS meters Graphistry as part of your regular AWS bill. AWS automatically tracks when your Graphistry instance is on, just as it does with your other VMs. To ease even bigger savings, we configure Graphistry to automatically and gracefully handle when you stop/start your VM. So for both one-offs and sustained use, Graphistry is now much more accessible.

If you are an existing Graphistry user and want to switch to a smaller g4dn.xlarge, you can migrate by-hand or by script , and as usual, we’re happy to help.

You do not need to worry about the marketing and sales games typical of startups and big companies. You get all our software features, including security. For example, Graphistry ships with automatic TLS for free system-wide HTTPS. Importantly, Graphistry for AWS Marketplace runs straight from your AWS cloud account. That means you can use the same AWS data security controls you rely on elsewhere, and not have to reason through the trade-offs of relying on a new time-shared cloud platform.

The reason we do not need to play games is that Graphistry for AWS Marketplace g4dn.xlarge is not the end-all. For example, if you are a startup, I recommend beginning here, and when you want more GPUs, reach out for help making that even more affordable. (The 4 CPU cores will be what likely bogs you down for concurrent users.) Likewise, enterprises generally benefit from extras around on-prem, installing, solutions, training, roadmap influence, support, and different kinds of scale. I’m also excited about opportunities to drive costs even lower and provide more features.

Welcome to GPU computing’s next evolutionary stage. This is not our first nor last winter announcement, so look forward to the continuing stream of good news.

Meanwhile, I encourage you to spin up a Graphistry AWS Marketplace AMI on a g4dn.xlarge, connect your CSV/Splunk/Neo4j/etc. data, and letting us know how it goes!

Launch in your AWS